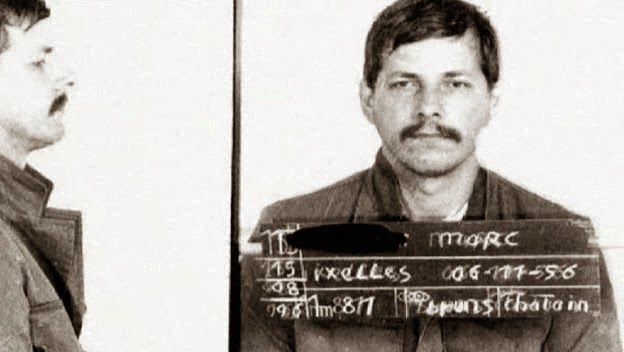 It’s worth reminding ourselves of the events surrounding Belgian paedophile abductor Marc Dutroux. Institutions that are meant to protect society can sometimes contribute to misdeeds of the most sinister kind. The Dutroux case was characterised by deliberate police incompetence and behind-the-scenes murder of witnesses.

In June 1995, two eight-year-old friends, Julie Lejeune and Melissa Russo, walked to a bridge to wave at the traffic, a regular pastime of theirs. They never came home. In stark contrast to the Madeleine McCann saga this year, the case attracted little attention, including from the police.

The families were soon disillusioned by the non-committed and lacklustre police investigation and hired a private investigator to look into things. The person came up with a profile that was passed on to the police investigators. It reported that the person responsible would probably be unemployed and very methodical.

There were only five suspects in Belgium who matched the drawn-up profile of the abductor at that time. One of them was Marc Dutroux, who had been convicted in 1989 for the abduction and rape of five young girls. He had been released in 1992 after serving only three years of a 13-year sentence.

Following his release, Dutroux began constructing a dungeon under his house in preparation for his coming spree of abduction. He was determined to escape detection this time and fine-tuned the underground cells to frightening perfection. The cages even had air vents in them. His ex-wife, Michelle Martin, slapped a happy coat of paint on the walls.

Meanwhile, the man who had returned Dutroux to society, Justice Minister Melchior Wathelet, was “rewarded with a prestigious appointment to serve as a judge at the European Court of Justice at The Hague”.

At the time of the first disappearance, evidence pointing to Dutroux had already come in. Two years earlier, investigators had heard from a man who was renting one of Dutroux’s properties. He had driven around with Dutroux who, upon noticing a girl walking down a street, had said: “There’s a fresh one.” Dutroux talked of the money to be made selling girls into slavery and offered the man money if he assisted him in the project.

The man was disturbed enough by this to file a complaint to the police within the very next hour. It was handled by one of three different police agencies in Belgium, similar to what we have in South Africa with the Scorpions. This particular agency was to receive plenty of useful tip-offs in the months ahead — enough, in fact, to bring the investigation to an immediate close.

But the agency failed to act on the information. Neither did it pass anything on to the “rival” police force, clutching its secrets close to its chest.

In 1995, the agency not only had knowledge of Dutroux’s disturbing comments to a tenant about abducting girls, but actually also knew that he was busy with his dungeon. The previous informer had come forward with this information at the beginning of the year.

So, in June 1995, we have girls starting to disappear and compelling pointers in the direction of a convicted paedophile who has built a dungeon under his house.

The response? Dutroux isn’t even brought in for questioning. Maybe they thought he wanted to store some spare tools in the air-ventilated cellar.

Out of sight, other events were under way to suppress information. This information was not reported on at the time, but only surfaced in newspapers five years later.

In 2002, the BBC wrote: “Bruno Tagliaferro, a Charleroi scrap-metal merchant who knew Dutroux, claimed to know something about the car in which Julie and Melissa were kidnapped. But he was soon found dead, apparently of a heart attack.”

A rather suspicious heart attack, under the circumstances.

His wife also thought so and “refused to accept the verdict and arranged for his body to be exhumed. Samples sent to the US for analysis showed he’d been poisoned.”

But this tragic fate of the scrap-metal merchant who knew something about Dutroux was soon to extend to his wife.

The BBC added: “Soon after, her teenage son found her dead at home in her bed, her mattress smouldering. Publicly it was declared suicide, or an accident.”

It’s difficult to imagine how someone can accidentally set themselves alight in their bed, and surely the technique is rather outlandish for a suicide.

The BBC reported in 2002 that there had (at that stage) already been 20 such peculiar deaths surrounding the case: chiefly witnesses and informants due to give evidence in court in the build-up to the trial in 2004.

The removal of witnesses shows a resourceful and powerful strategy at work by a group operating almost on Mafia-type levels.

But let’s return to that awful 1995, when in August two more girls, 17-year-old An Marchal and 19-year-old Eefie Lambreckk, went missing during a vacation to seaside town Ostende. The police there treated the worried parents with scorn after they registered their disappearance and mockingly said the girls were probably out somewhere on an “adventure”.

They neglected to mention that two of their officers were part of that adventure. In 2004, Dutroux claimed in court that two police officers had assisted him with this kidnapping.

Small wonder then that the official investigation was going nowhere. The investigators failed even to see any connection with the June disappearance. Once again the aggrieved parents resorted to posters and banners, dissatisfied with the manner of the official channels of investigation.

A few weeks after the disappearance of the girls, the police agency that was already sitting on crucial information received something more. It was strong enough to lead to the immediate arrest of Dutroux and recovery of the four missing children.

In their post, a letter from Marc Dutroux’s mother. She wrote that she was concerned about her son, because he was keeping two girls, aged 17 and 19, in a dungeon under his house.

Oh, that’s pretty helpful stuff, isn’t it? So guess what they do?

Nothing, nothing at all.

It’s a disturbing picture of police irregularity that gets all the murkier as this case progresses. How is it possible to explain behaviour such as this? This cannot be fed under the mere bracket of “gross incompetence”.

It certainly set the tone for the most damning and tragic moment of “incompetence” in all of the investigation, which we will look at in part two.

This is the second part in our investigation of the sinister police mishaps surrounding the case of Marc Dutroux.  In December 1995, Dutroux was arrested for stealing a car. While in custody, plans were made for the search of his house. Hearing about this proposed search, the “rival” police agency gate crashed the investigation and took over the plans for the search.
Remember, this was the agency that already knew about Dutroux’s dungeon and that he was keeping two girls down there. Dutroux’s mother had filled the agency in.
So here it was finally taking action, getting involved directly after months of inexplicable hibernation. “Getting involved” and “intervening” are concepts not too far apart in the case of this investigative agency.
It had also been watching Dutroux’s house for months in a project called “Operation Othello”. Now the chief investigative officer demanded to conduct the search himself, saying in motivation that he had been watching Dutroux and “knew” him. Permission was duly granted and the chief inspected the house accompanied only by a locksmith.
If it weren’t for this locksmith, who was to give testimony much later, we would never have known what happened during this strange and fateful visit.
The men found the secret entrance to the basement and went down there. Down below, an unusual discovery: chains and vaginal cream. Suddenly came the clearly audible cries of two young girls. It was impossible to miss.
The police officer’s immediate and strange reaction was to hiss: “Silence,” after which the cries died down. The locksmith alerted the chief to the fact that they had just heard crying. The chief said: “Who’s doing the investigation here?”
Some videos were also found. The men departed the scene, leaving behind two girls — the ones that had been kidnapped in August 2005. The girls had been held captive in a cell that wouldn’t allow further width than open elbows and went only as high as one’s navel — for four months. One person was to comment afterwards that one wouldn’t even keep a dog in a cage such as this.
With Dutroux temporarily in custody, the girls stopped being fed. Dutroux’s ex-wife, Michelle Martin, merely dumped the food near the door, saying later she was afraid the children would attack her. The two were unable to reach the food and slowly starved to death.
Their parents were to be in those very cages months later. They noticed that one of the girls had managed to scribble a last word on the wall with her nails in the slow moments before death. One of the journalists covering the case said that one of the most moving moments he experienced was when he saw the parents hutched down together holding hands in that horrific cell, in tears.
The police officer viewed the videos from Dutroux’s dungeon. At the very least, that’s what he did.
Seeing as he had disregarded the cries of the girls and didn’t find the presence of chains and vaginal cream odd in the basement of a convicted paedophile, it was small wonder how he responded to what he came across in the videos. On the tapes: a recording of one of the parents’ plea on TV to find their missing daughter. Another video showed Dutroux building his dungeon.
Add to this the testimony of Dutroux’s mother, and you surely had enough to pin Dutroux.
But once again, we find “incompetence” descending to twisted depths. The videos were discarded by the officer as “unimportant”. Operation Othello, the stake-out of Dutroux’s house, got called off.
Dutroux was cleared of any suspicion. After a four-month sentence for the stolen vehicle at the beginning of 1996, he was back out. Now he was no longer being watched, free to continue where he had left off.
Soon there would be new girls in the dungeon.
We will conclude with this report in part three.