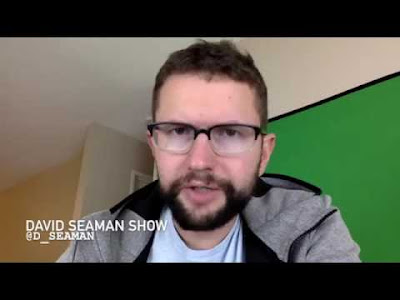 David Seaman ﻿is one of the few online reporters on the subject of Pizzagate. He can be found on several platforms and publishes regularly. I follow him on his YouTube Channel. He is vocal and offensive but he sometimes claims stuff that can't be verified. We have to trust him on this.

To be clear, I am glad Seaman stays vocal on Pizzagate. As long as nothing has been debunked (contrary to msm claims) this should not disappear off the radar. But... I do not trust a single soul when it comes to cases of alleged child abuse. I have seen to much nonsense and misinformation to just accept things on "the word" of somebody. A claim has to have tangible evidence to support it, and if not, the claim is of no use. So note that, "of NO use". It is neither true or false.
Let me give an example about his most recent video on Pizzagate. In this video he states several things, but let me focus on two of them:
1. Judd Legum Vs. Brittany Pettibone
2. Homeland Security investigates Pizzagate
Judd Legum Vs. Brittany Pettibone
In the video Seaman Talks about Legum attacking Pettibone via GoFundMe, so she would be hit monetary. He shows a screenshot of the Tweet Legum sent and talks about the GoFundMe page of Pettibone taken down. No matter what you think of this, this is something that we can go verify on our own. You can use a search engine to find out who these people are and what their connections are. Then you could go to Twitter and try to find out if this narrative was really the case. And I think one specific tweet from Legum sums it all up, yes it happened. So now you can go and make up your mind what you think of this.

To their credit, @gofundme now deleted this campaign, citing their TOS. My timeline is full of vile trolls but that's OK. https://t.co/HMaGQLm5MA
— Judd Legum (@JuddLegum) 30 januari 2017

Homeland Security investigates Pizzagate
In the video Seaman talks about Homeland Security that is "allegedly" active on the Pizzagate case, as he has stated before. Just like he stated the FBI was on the case, something that has been claimed by Ryan O'Neal as well. This on the contrary to Legum Vs. Pettibone can not be verified on our own. When I asked both Seaman and O'Neal if there are any sources to back up this claim, I got no response.
This means we have to go on the word of somebody, in this case 1 or 2 persons. But as long as I can not verify this in any way, it is of no value. Again, I can not say the claim is untrue, I just can't give ANY value to it, both positive and negative.
Next to the lack of verifiable evidence for these claims, I just have a hard time to believe ANY government agency would act on Pizzagate. I gave my personal perception on Pizzagate and the broader implications in a 2-part video series earlier. (Part 1 & Part 2) In this I talked about the phenomenon of Sexpionage and pedophilia being a useful tool in the process. Since this is an extensive talk, with lots and lots of information in it, the subject of Sexpionage got delved under the rest of the information. So I made a separate video on the subject. I have tried to get this subject, and specifically the extensive research of Sibel Edmonds on Dennis Hastert, to the attention of David Seaman on both Twitter and YouTube, but I never got a response.
The point in short is the following: Secret Services combined spy on EVERYBODY, no exceptions. So all communications between, for example, James Alefantis and David Brock can be searched in no time. Not just email, but all other communication as well. So... it should not be a problem of any kind to filter the communications of people suspected of being involved in Pizzagate, and even broader than that. But... We don't see that happening while Pizzagate has been going on for months now... And when even the hundreds and hundreds of Pentagon employees get of the hook, while downloading child pornography or having it on their computers... Why on earth would they dig into Pizzagate, possibly the biggest scandal in global political history?!
I really need more credible evidence to back up the claim DHS is on the case, because extraordinary claims require extraordinary evidence. The mere word of David Seaman is just not enough. This does not mean what he stated is Untrue, it just has no supporting evidence to prove it is true, so it had NO value at all.
Metadata
In recent weeks there was big excitement because a Pizzagate researcher called Ryan Alexander O'Neal claimed he was being death threatened by James Alefantis, one of the main characters in the Pizzagate scandal. To be clear again, I have seen no evidence this was actually the case. I have seen text messages, a phone number check and even a screen recording of Ryan trying to prove his Facebook contact with Alefantis. Even if it was all done with the best intentions, there was no solid proof this narrative actually took place. This does not mean O'Neal is a fraud or lying, there is just NO value to this story, until he has supporting evidence.
David Seaman has been talking about Ryan allegedly being death threatened by Alefantis in several of his videos. The word "allegedly" is used lots of times by Seaman, but when he leaves this critical word out, things are presented as being a fact. When he makes such claims, he should have tangible solid evidence to back it up. So when we listen to what Seaman has to say about Ryan something peculiar can be noted...
Seaman claims on several occasions the researcher that was threatened by Alefantis was at that time extracting the "Metadata" from the pictures of the Instagram account of Jimmy Comet, a.k.a. James Alefantis. Metadata is potentially very useful. The date the photo was taken can be found this way, or the geographic location where the photo was taken.
This claim, researchers extracting metadata for Pizzagate pictures was new to me, and since he kept repeating this, I wondered if there was any truth to it. Since I never ever got one response from Seaman on one of my attempts to connect to him, I was not under the illusion he would answer me this time on my questions about the Metadata, perhaps I even asked about it 1 time before... But I asked Ryan about it on YouTube and no answer as well from O'Neal...
So again on this claim: No tangible solid evidence to back up the claim? -> Claim is of NO value...
And just as with the Homeland Security claim there are more remarks to be made about this claim besides the lack of supporting evidence. It is essential when you want to extract metadata form pictures to have the original photos. So when you claim people are extracting metadata for Jimmy Comet his Instagram pictures, the original photos is what should be worked with. But to my best knowledge these photos are not commonly floating around the web, if they exist at all. The most common thing we encounter are screenshots of this Instagram account or archived pages, no original photos. So what sources would the researchers had to work with? The originals. Are they available? Not to my knowledge. So how could they extract metadata if they don't have the needed sources for this? Quite impossible...
Don't get me wrong, I have no proof these original photos did not exist, so I could not claim the claims of Seaman were inaccurate. I just couldn't give ANY value to his metadata claims.

A clean record
For any researcher it is important to keep a clean record so he can build up credibility over time. The more evidence to support your claims, the more credible you get. If you don't support claims you loose credibility, so one should be careful what to claim. In this extra sensitive case of Pizzagate it is of utmost importance to keep a clean record, with the least amount of unsupported claims possible.
When you claim something without supporting evidence, and later on it gets debunked, it is important to rectify. Making mistakes is human, nothing wrong with that, as long as you rectify when proven wrong.
David Seaman is proud of his track record and he mentions this regularly during his videos. And recently he claimed he had a clean record when it comes to Pizzagate as well. He states:
"Nothing I said on this YouTube channel over the last couple of months has been factually inaccurate."
As I explained before, if I have no evidence to the contrary of his claim, it indeed is not factually inaccurate. But to be fair, lots of point have not been proven to be accurate either. Until now...
Recently the alleged death threatened Pizzagate researcher Ryan Alexander O'Neal gave an interview with Random Rants of Ryan. The day before the interview I made several remarks on the story of O'Neal, and I had one question about the metadata, as claimed by Seaman. During the interview he did not reply to all of my remarks, although I think it were fair points. He did give an answer about the claim of David Seaman.
In short: Ryan O'Neal states he was NOT extracting metadata from the Pizzagate photos. He had not ever seen this researched before on Voat either. He had never heard of metadata until Seaman mentioned this. That makes the repeated claim of Seaman inaccurate, contrary to his claim. That is not a problem, as long as the author, in this case Seaman, rectifies himself, so he has a clean record again.
Again, it is of utmost importance to rectify, otherwise you will give the opposition a tool to cut you down on that point. When they cut you down on one issue, all other issues you mention will be labeled "FakeNews" as well. This MUST be avoided at any time. It is essential to remove this piece of misinformation out of the bulk of info we have on Pizzagate. Another important reason for him to rectify is so other people do not keep disseminating this inaccurate information till eternity.
Because David Seaman has never responded to any of my attempts reaching out to him, I don't think a simple comment underneath one of his videos will do the trick. But I cant stress often enough how important it is for a top Pizzagate investigator to keep his record clean... So I had to find another way. 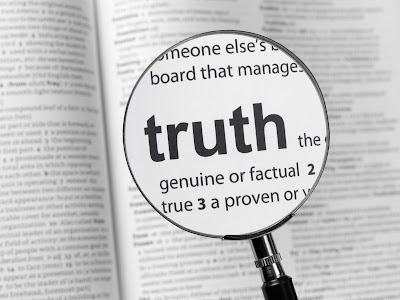 I collected all movies in which Seaman made claims about the metadata and the video interview of Ryan with Random Rants of Ryan. I cut out the specific quotes and pasted this all into MovieMaker. I added some screens to it to clarify my point, and to ask my question at Seaman to rectify this specific statement. I uploaded this movie to my YouTube channel and wrote this blog to support the video.
I will post this link underneath his recent and upcoming videos, hopefully reaching him in that way. If people know how to reach him, please do. Not for me, but for David Seaman. It is his track record we are talking about. So please reach out to him so he can rectify and keep his record clean again. Thanks in advance to everybody sharing this information with Seaman.
Hopefully my video is clear and makes the point about the metadata-claims and on Seaman claiming none of his info has been inaccurate. If you have any questions, feel free to ask!

Notes to the sources are:
David Seaman claiming no factual inaccuracies
Example 1