The Right Sector of the Euromaidan 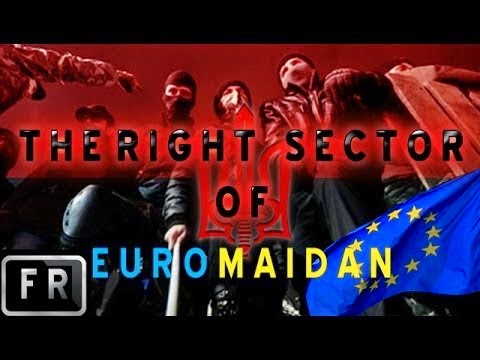 Dit is de omschrijving onder de Youtube film:
The main essence of the process which became uncovered in Ukraine, lies not even in confrontation with Russia (which is very important), but in the slow emersion of Nazi’s submarine of 4th Reich supported by applause of United States and Europe.

4th Reich is a Nazi’s concept, firstly declared in 1946 at the Neo-Nazi Internationale at San-Remo, which now takes up the global nature via Ukraine. For the first time ever, the Nazis were used with a blessing from the USA and Europe. There were the same Nazis, which were hidden under the wings of foreign intelligence services since 1945 and which were fostered against the Soviet Union all these years.

At the moment, when bipolar world was destroyed and when madmen were triumphing over the collapse of the Soviet Union, a way to Nazification of Europe was opened. And now we are observing one thing: a union of Nazis and liberals (or extremists a la Islam and liberals), as a new formula used by America everywhere. At that, the Nazis (or bin Laden) form a strike force leading the quasi-liberal masses of people. After that, the masses are washed out and the radicals step forward.

First goes desovietization, then comes dechristianization, and, afterwards, this black hellfire cauldron appears. As an alternative to this, a noble alloy emerging now in Donbass is offered, as well as the things said by His Holiness, our Patriarch Kirill at the opening of Worldwide Russian People’s Council: “How someone’s national consciousness should be torn, in which caverns of thought and spirit should someone’s national consciousness rest, for that he, considering himself the bearer of Russian national idea, abandons the saints and heroes of the native history, the endeavors of the ancestors, and makes the Nazis and their minions idols for himself”. http://www.patriarchia.ru/db/text/336...

Which caverns of filth have germinated this Nazi identity? Who grew it up, apart from Ukrainians themselves?