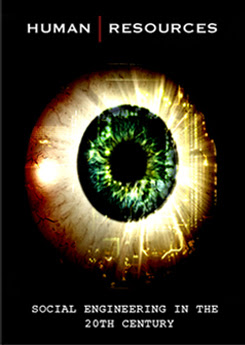 * The Driving Force In Society Is Not Love But Fear *

"Human Resources" is a Documentary Presentation
By Scott Noble, a Metanoia Film http://metanoia-films.org/

This is an outstanding educational resource and a compilation of information gathered on the field of Human Behaviorism and Psychology. The footage in this captivating presentation on the Human Psyche is totally fascinating and very revealing in demonstrating to us the facts on how our World and our Society is being controlled. :(By whom I do not know…, yet?) The content in this documentary film is a must see for anyone who might be interested in how our Society actually works.

A very important Scholar in History mentioned in this film is John Broadus Watson (January 9, 1878 – September 25, 1958) was an American psychologist who established the psychological school of behaviorism. https://en.wikipedia.org/wiki/John_B....

*** In Watson's experimentation, he reached a radical conclusion which would come to define Political and Social Engineering in the 20th Century. He stated that, (The Driving Force In Society Is Not Love But Fear.) ***