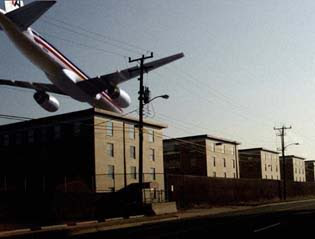 This video "short" features the account of eyewitness Terry Morin, and was released as an addendum to The North Side Flyover. We present overwhelming evidence that the Pentagon attack jet flew directly over the Navy Annex building. This simple fact is irreconcilable with all official reports and the dubious physical damage, corroborates the north side approach, and of course proves the plane did not hit the Pentagon.

This video is now most useful as a supplement to National Security Alert. Please watch that video before watching this one.
Source: Over The Navy Annex | 9/11 Pentagon (citizeninvestigationteam.com)
Gepost door De Grijze Duif op 06:39